Big joy with Big JOY - my new skis from HEAD

Thanks to Polish department of HEAD co. for 10 days I've had a possibilty of shredding snow with my new pair of fat skis - HEAD Big JOY with touring bindings TYROLIA Aaambition 12.
The set is absolutely perfect. It looks like one million dollar, but the skiing impression is even better than the look.
This is new, this year line of female fat skis but otherwise very light due to graphen - the material the skis are made of.
My Big JOY skis are the wider than all others of this series, but in spite of it, they are very light what is crucial for every girl who wants to have fun not only during making new lines on fresh pow but also while skinning up.
The whole JOY line you can see on the HEAD website and also below on pic & edit. 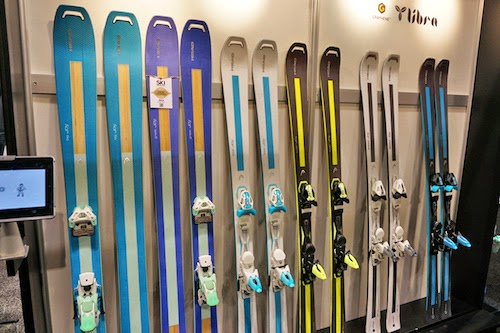 I have Big JOY 168 cm long and I'm 170 cm high. They suit me perfectly. They flow on a fresh pow, soft snow and turn like a slalom skis. The radius is only 14,8 m (168 cm) - that's why they are very easy to "drive". It helps to ski the trees ;)
Even if there is no fresh snow off-piste they behave equally awesome on prepared runs.
Due to their light weight, they are more comfortable to climb up on skins.

I tried a lot of skis due to my work as a ski instructor and till the last week I was in Austria in Gastein region and tried HEAD Big JOY I even could't have imagined that there are still skis that can surprise me so much.

Once more, thank you HEAD Poland for this set. 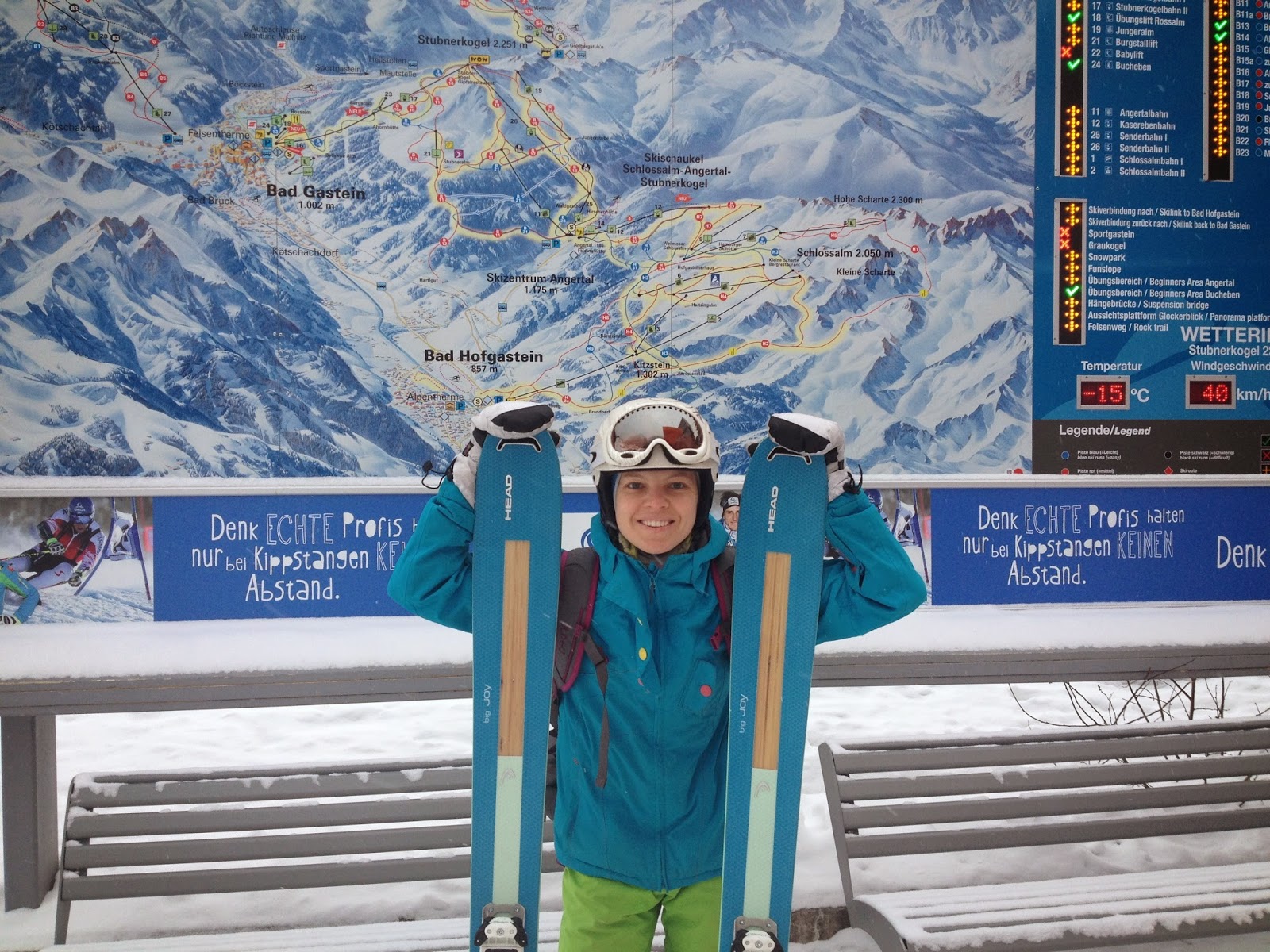 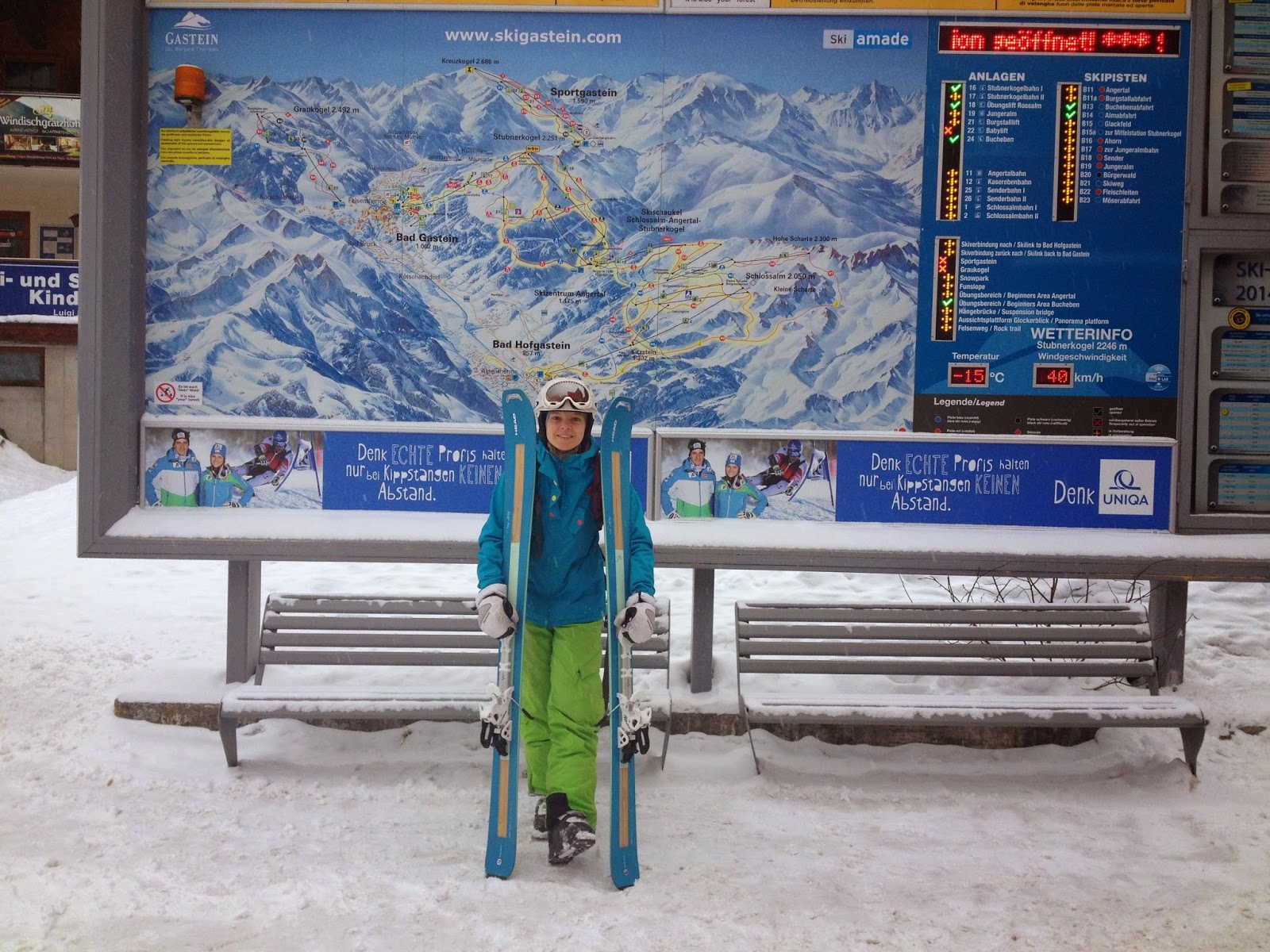 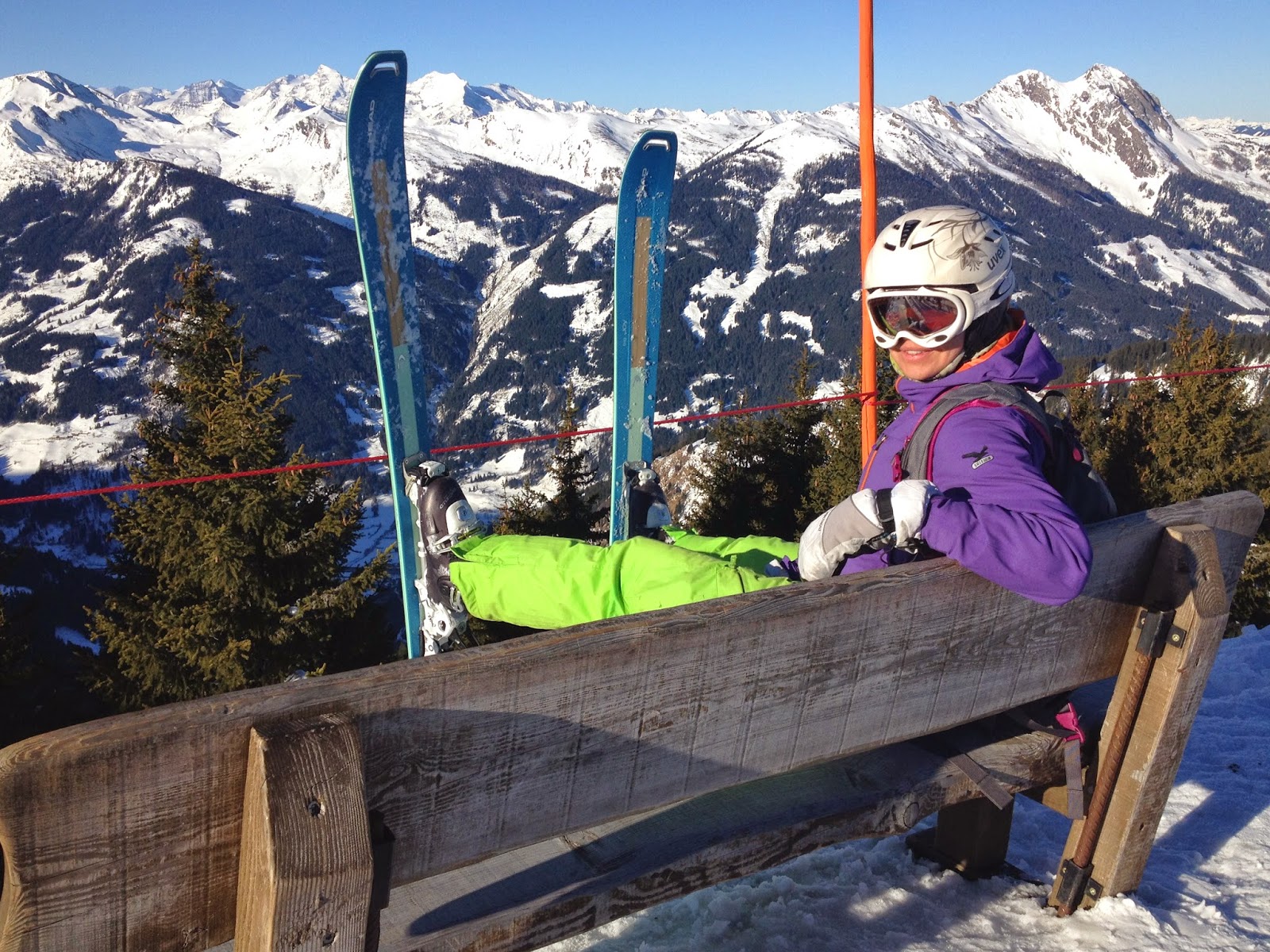 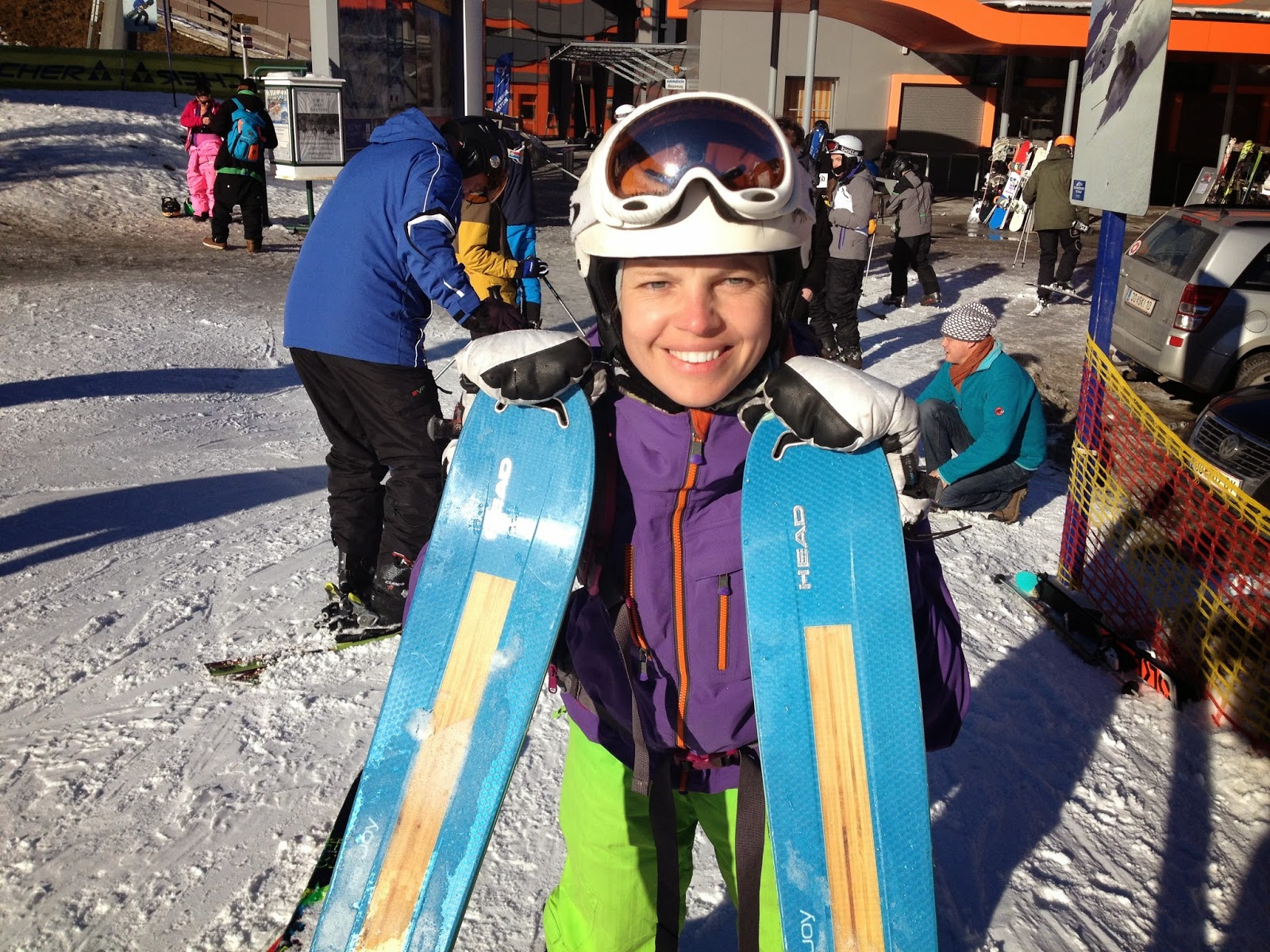 www.snowreligion.com - find your adventure and travel
Autor: Unknown o 8:38 AM No comments:

It's very hard to believe! sadness, sorrow...What a loss for freeride society!

Yesterday, 2  backcountry and extreme pro skiers:  Jean-Phillipe Auclair (JP Auclair) from Canada and Andreas Fransson from Sweden were killed by avalanche while climbing on the north side of Monte San Lorenzo in Chile, located on the border between Argentina and Chile in Patagonia.
They were climbing with photographers Bjarne Salen and Daniel Ronnbak, both from Sweden, who fortunately are unharmed. The group of four had arrived in Chile's Aysen region on Thursday to film a new project called Apogee Skiing.
An emergency call via satellite phone was placed on Monday afternoon notifying authorities of the avalanche and the missing skiers. JP and Andreas were swept away 700 meteres by an avalanche.
The region the group was climbing in is very remote and mountainous. It is located 18 hours from the nearest city, and a two hour flight just to the base of the trail. A rescue operation takes up to 13 hours to reach the area of the avalanche.
Both skiers were experienced in extreme skiiing. 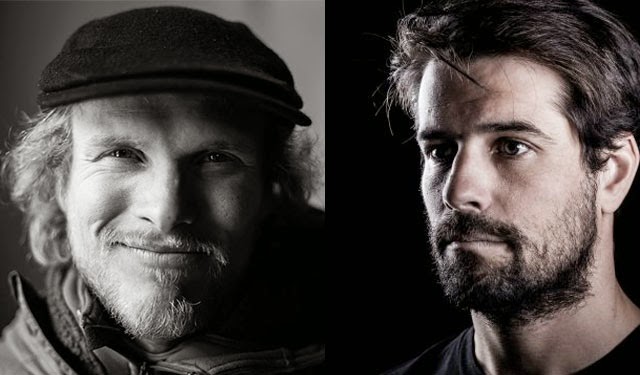 Yestarday was a fatal day not only for both skiers. We obtained inormation from Argentina about death of American professional climber, AMGA-certified mountain guide, snowboarder and splitboarder - Liz Daley. Daley, 29, was part of a group descending Cerro Vespignani, a 7,000-foot peak near the iconic Mount Fitzroy. She was killed in avalanche near the Argentine town of Chalten. The rest of the trip, included skier Drew Tabke, snowboarder Chris Coulter, skier and guide Kent McBride, photographer Chris Figenshau and filmer Nick Kalisz are safe. 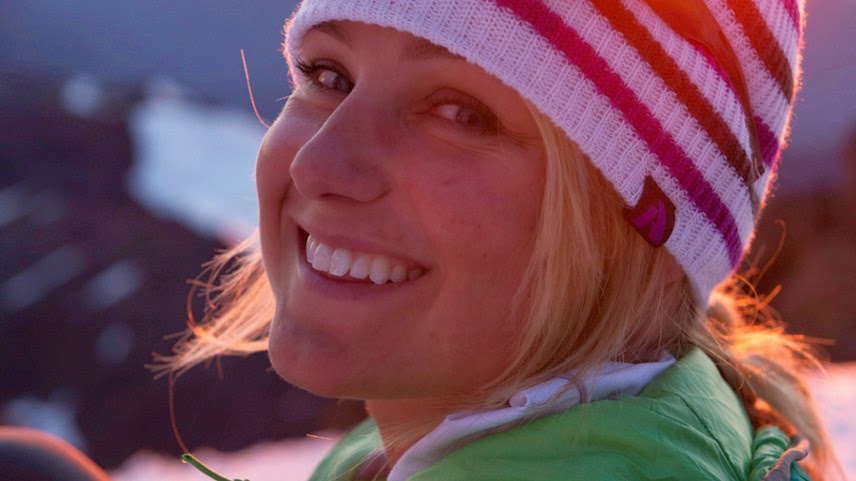 RIP - Ride in Peace somewhere in Heaven my friends. We will miss you and your positive energy!

The first video with Andrzej Bargiel's ski descent of Manaslu was realised today.
Hardpack, ice, wind, cold and luck of oxygen aren't the perfect conditions for skiing. It has nothing in common with pow, pleasure and fun.
Respect Andrzej! 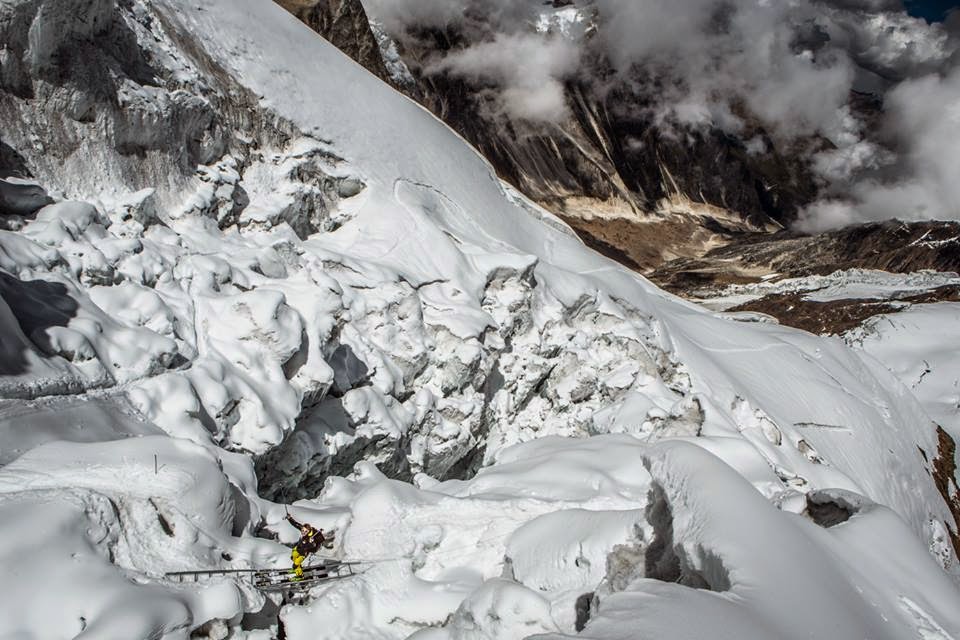 Andrzej Bargiel safe at the base camp

After reaching the top of Manaslu in record time: 14 h and 5 minutes, Andrzej Bargiel is safe at the base camp at 4800 m ASL after ski descent.
Now he's getting some rest and gathering his strength before another aim - Cho Oyu. 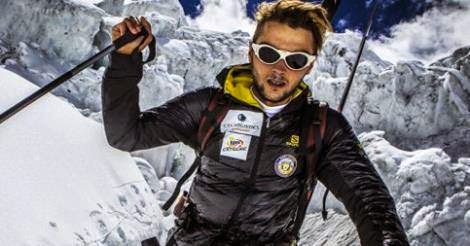 Today at 8:25 Polish time Andrzej reached the summit of Manaslu, thus breaking the record for climbing the mountain! It took him 14 hours and 5 minutes to get to the top!

Have a good and safe ski descent! 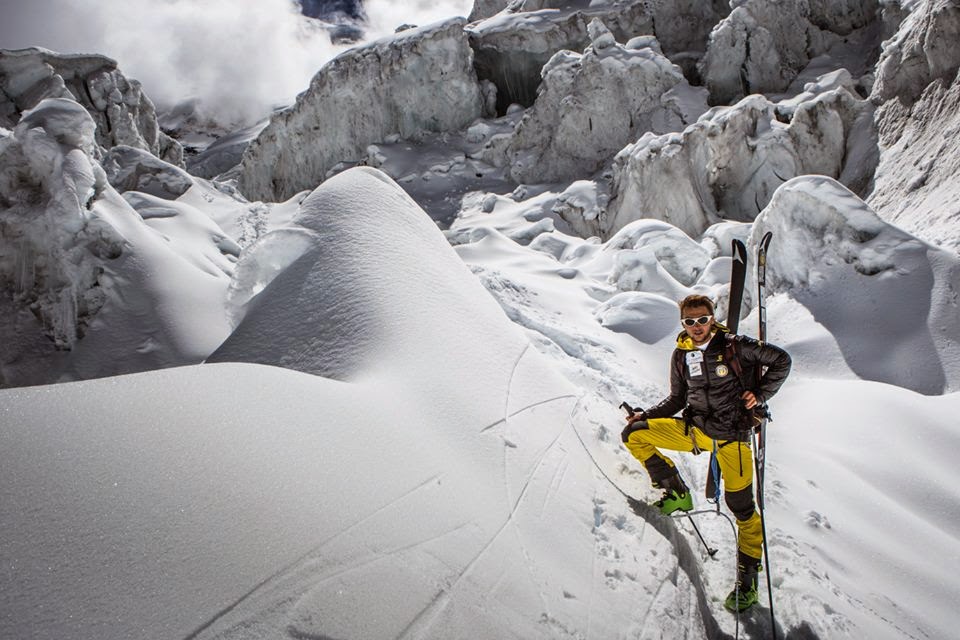 Polish ski expedition has just started an attack to the summit Manaslu. Below the video, released few minutes before start.
The latest news: Andrzej Bargiel achieved the camp 3 after 4 hours and 30 min of climbing from the base camp.
Now he is just 2 hours to the summit. Good luck guys! Take care! 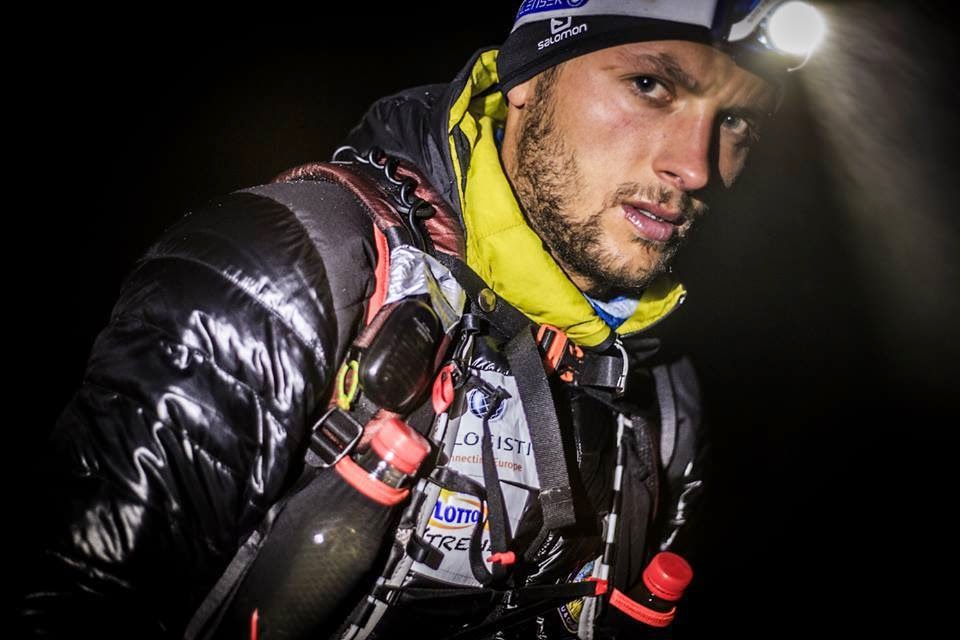 "The aim of expedition is to beat the record time for the ascent of the two peaks and ski down from the top of them both. What’s important, the descents have to be complete. This means I must ski from the peak to the feet of both mountains without taking off the skis. In case of the more difficult one, Manaslu, this would be the first descent on skis in the history".
Autor: Unknown o 11:50 PM No comments:

Due to my proffesion (I'm physiotherapist), I'm especially interested in sport achievements of disabled. But since I remember I've been fed up with using the world "disabled" while thinking about sportsmen. How can we call someone "disabled", who despite different disfunctions, is able to live, to do and to achieve even more than ordinary healthy man?
10 years ago I wrote my master’s thesis about role of skiing in physiotherapy, proffesional sport and recreation of disabled. Gathering the dates and materials, I didn't come across anything about backcountry skiing on one ski. I saw skiers on one leg on the slopes and disabled riders skiing off - piste on a monoski, but not on one ski.
Nowadays everything changes. Increasing popularity of backcountry skiing, better equipment, detailed weather forecast make it possible for everyone to try it.
An athlete Vasu Sojitra who lost his right leg to a blood infection at 9 months old, proves there is no place for human weaknesses in his life.
Vasu is a person who inspires others to push personal limits, to believe in themselves and in their own unique abilities!
During the 2013/14 winter, Tyler Wilkinson-Ray, from T-Bar Films, and Vasu Sojitra were filming and producing an adaptive backcountry film "Out on a limb". They have just released a trailer. Vasu is hiking to the summit peaks, dropping cliffs, skiing deep powder lines in the Vermont and the Chic Choc mountains of Northern Quebec like a healthy, skilled rider.
The full short film (7 minute run-time) will be released in November after film festival premiers. It will be available for free thanks to Columbia Sportswear, with additional support from Gear-X, Alchemist, and the project's Kickstarter Backers. 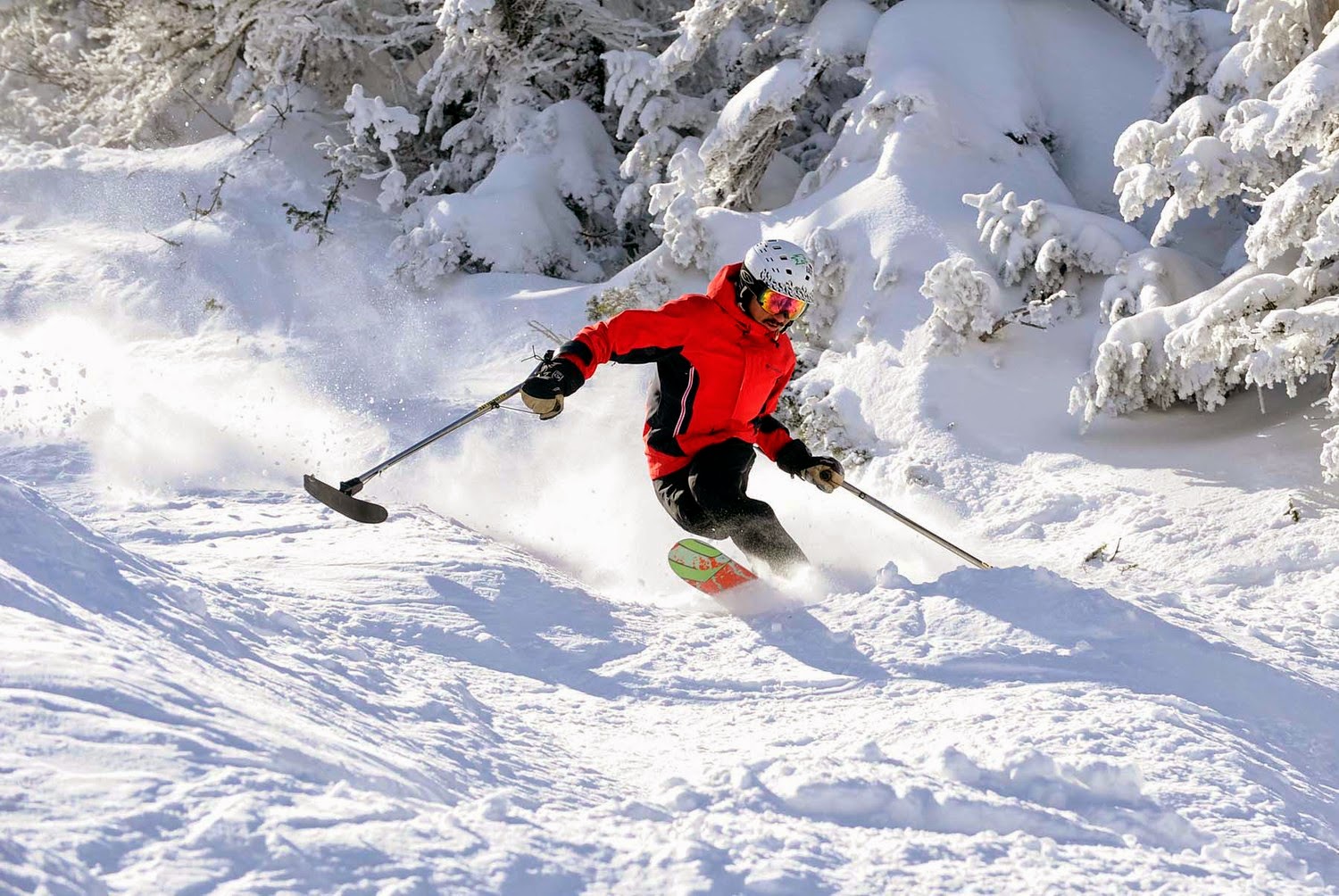 More about Vasu Sojitra we can follow on his page: http://www.vasusojitra.com/
And now, it's high time to watch a trailer: